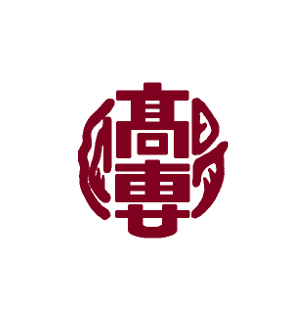 National Institute of Technology, Ariake College was founded in 1962 as an institution of higher education focusing on early professional education and practical engineer education in order to foster engineers during the high-growth period of Japan’s history.  Sixty years after its establishment, the school is still highly regarded by the academic community for its track record of sending out outstanding human resources into society.  Currently, it consists of 62 campuses of 57 national, public and private technical colleges, with plans to establish more new technical colleges.  It also became known internationally, especially in Asia, as KOSEN.

Ariake College was opened in 1963 as the second phase of a national college of technology, in a coal city that had been rapidly developing with the rise of the Miike coal mine and coal chemical complex.  Even today, the coal industrial heritage is inherited in the immediate environment.  In addition, fiscal year 2022 will mark a major milestone in the 60th year since its founding.

Today, we are moving toward Society 5.0, a human-centered society that balances economic development and the resolution of social issues through a system that highly integrates cyber space (virtual space) and physical space (real space), which will come after the information society.  At the same time, a variety of issues with no clear answers, such as changes in industrial structure, declining birthrates and aging populations in local communities, and rapid globalization, are becoming reality, and human resources are needed to solve these issues by utilizing sustainable development of advanced technologies.

The educational philosophy of National Institute of Technology, Ariake College is “to foster practical, advanced engineers who are creative, diverse, interdisciplinary, and internationally-minded, based on a broad engineering foundation and a rich liberal arts education”.  As an institution of higher education, a major feature of our education is that our educational programs emphasize experimentation and practical training, and are implemented by faculty members with educational and research abilities equivalent to those of university faculty members, respecting the independence of students.  We aim to promote education that is ahead of the times through initiatives that take advantage of early education to implement manufacturing, thing-making, and creating spaces in society, actively introducing problem-based group learning (PBL) with an emphasis on developing creativity, promoting career education to enable students to make solid career choices, developing project-based educational activities in collaboration with local communities, deeping international cultural understanding improving and communication skills, and more.